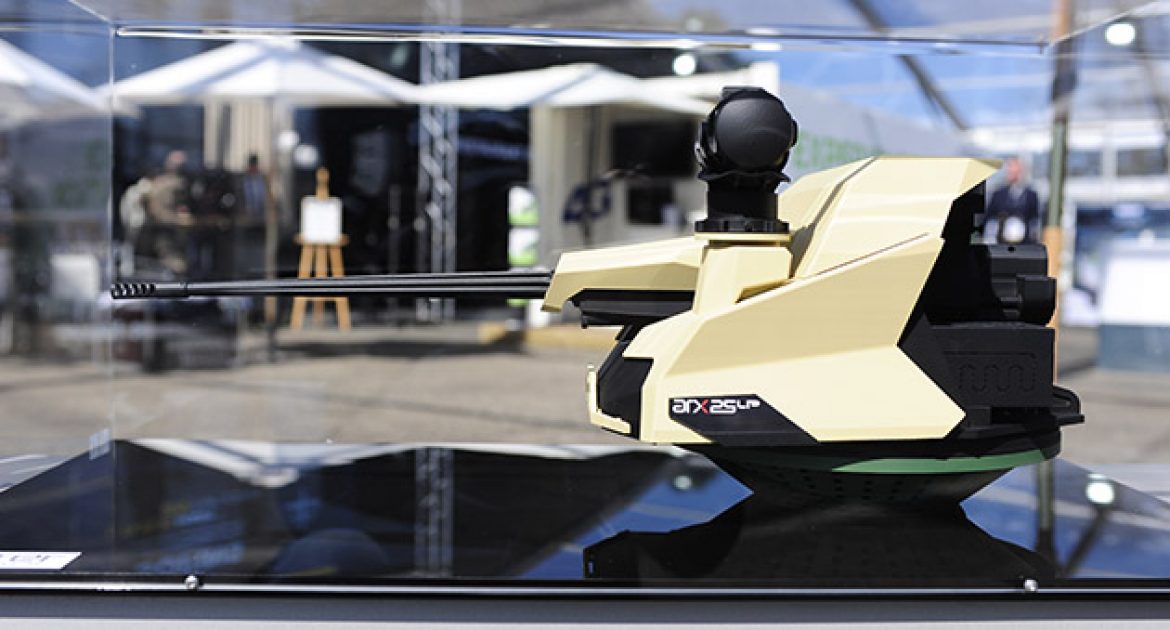 French equipment manufacturer Nexter is showcasing the concept for its new ARX 25 ‘Low Profile’ turret designed specifically for special forces (SF) use at the SOFINS exhibition currently underway at Souge.

The ARX 25 Low Profile is being developed in answer to a French SF requirement for a 25mm low weight canon turret which could be fitted on its new vehicles, chiefly the RTD PLFS. Indeed, concepts of the weapon presented by Nexter at SOFINS include renderings of the turret installed on such a platform.

As one Nexter official explained to Shephard, the requirement for a 25mm canon from the SF community stems from a need to be able to neutralise threats while remaining outside the firing range of the 23mm and 14.5mm heavy weapons used by terrorist groups in the Sahel or the Middle-East.

The official said that a prototype of the new turret will be ready for testing by the French Special Operations Command (COS) and the General Directorate of Armament (DGA) by October 2017.

Once testing and certification are complete – a process which could take well over a year in light of previous experiences – the COS will be able to place an order and series production will proceed.

The ARX 25 Low Profile is armed with a Nexter 25M811 25mm canon with dual feed which fires 25x137mm NATO ammunition and has a rate of fire of 125 or 400 rounds per minute with four firing modes: round to round, three rounds burst, ten rounds burst or full automatic. The weapon has a useful range of 3km.

The ARX 25 Low Profile is in fact an evolution of the earlier ARX 25 turret which was developed for arming the RTD VAB Mk.3 infantry fighting vehicles (IFVs) that were initially to be sold to Lebanon with payment for the purchase being made by Saudi Arabia.

The turret features a SAFRAN 360° EO/IR panoramic targeting system incorporating a laser designator and can be traversed from -5° to + 45° allowing its use in the surface to air role against UAVs or other flying targets.

A number of optional equipment such as a 7.62 mm light machine gun, Lacroix Galix smoke grenade dischargers or a Metravib Pilar gunshot acoustic detector can also be fitted to the turret.

While the ARX 25 Low Profile has been developed in answer to a French requirement, the weapon system has significant export potential and Nexter intends to promote it on the international market.