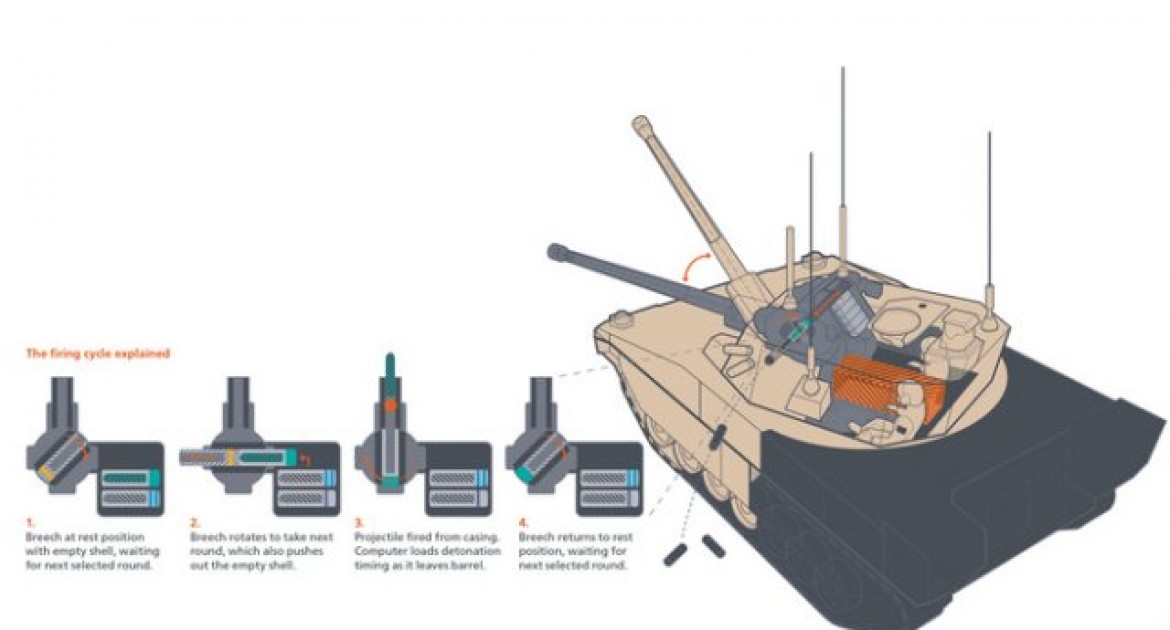 The first production standard Cased Telescoped Cannon System has been handed over to the UK Ministry of Defence (MOD) in Bourges, France by CTA International (CTAI) – a 50/50 joint venture company between BAE Systems and Nexter Systems.

It is the first delivery of 515 new 40mm cannons that have been ordered for the British Army for use in the Ajax and Warrior vehicles and incorporates unique technologies that will provide superior firepower.

Developed by specialist engineers from BAE Systems and Nexter Systems, the cannon system uses an innovative design for both the cannon and its ammunition, and is the first completely new cannon system ordered by the MOD since the 1960s. The new cannon fires 40mm Cased Telescoped ammunition, manufactured for the British Army by BAE Systems’ munitions factories in Washington, Tyne and Wear and Glascoed in Wales.

The new ammunition is neatly contained in a straight tube instead of the traditional bullet shape and can deliver a more explosive charge – up to four times the power of the 30mm rounds it replaces. The current types of ammunition developed for the cannon include armour piercing and training rounds – while a new airburst round for engaging light vehicles and infantry spread over a large area, and a point detonating round which can penetrate thick concrete – are currently undergoing qualification. CTAI is also working on an anti-aerial airburst round for airborne targets.

The cannon uses a new rotating breech system, with ammunition loaded at a 90 degree angle to the barrel before being rotated into firing position. Loading the ammunition sideways saves a large amount of space in the vehicle, allowing this to be used to store more ammunition or other equipment. The cannon has been developed and is manufactured by CTAI whose factory is now in full production of the new cannon for the MOD.

Minister of State for Defence Procurement Philip Dunne said: “This next-generation cannon has been developed through close Anglo-French collaboration and adds significantly to the capability of the UK and our NATO allies. The delivery of the first cannon on our Ajax vehicles is another example of how our £178 billion investment in UK Defence is ensuring our Armed Forces have the equipment they need.”

Managing Director of CTAI, Craig Fennell, said: “This is a significant milestone for CTAI and a proud moment to see our cannon being handed over to the British Army. We are the only group in the world who can design and manufacture this type of cannon and ammunition, giving us a unique product for export.”

The handover of the first cannon follows many years of exhaustive testing and qualification, which has proved the effectiveness and reliability of the system.