French Nexter VBCI 8×8 armored infantry fighting vehicle can be used for a wide range of missions. 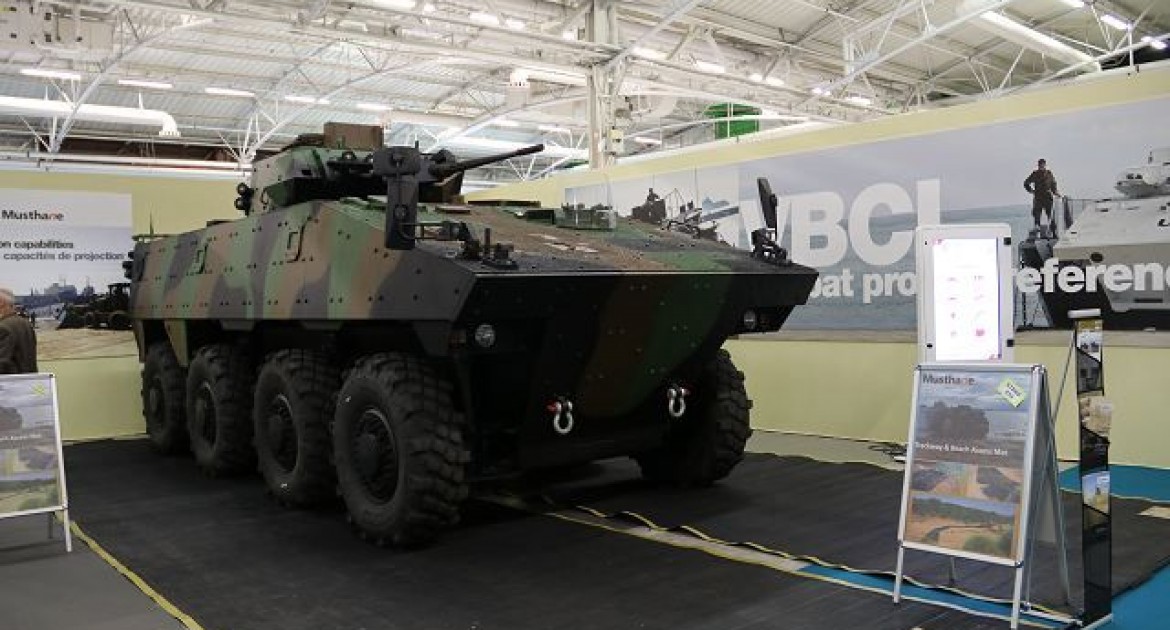 At Euronaval, naval and maritime defence exhibition in Paris (France), French Company Nexter is emphasising the VBCI’s overseas projection and landing capability. The vehicle is qualified on the A400M Atlas aircraft and demonstrated its ability to be transported by air in 2015.

The VBCI is a benchmark in the combat-proven 8×8 market, combining firepower, protection and mobility. It has been engaged in several of the French military’s overseas operations, in Afghanistan, Lebanon, Mali and the Central African Republic. It has proven its exceptional strategic mobility and reliability across all types of terrain, particularly in the Serval operation in Mali, where it covered more than 2,500 km between Dakar and Gao with no assistance.

The VBCI has now covered more than a million kilometres, showing once again the merits of wheels compared with tracks, and has been projected by air and by sea in six countries since 2010.

The VBCI in the French Army is equipped with with a one-man Nexter Dragar turret armed with a dual feed 25mm NATO cannon type 25 M811 with 150 rounds in the turret and a coaxial 7.62mm machine gun

The hull of the VBCI provides a protection against a range of threats, including 155mm shell shrapnel and small and medium calibre shells. The welded steel and aluminium alloy hull is fitted with spall liners and add-on titanium armour plate to protect against anti-tank weapons.