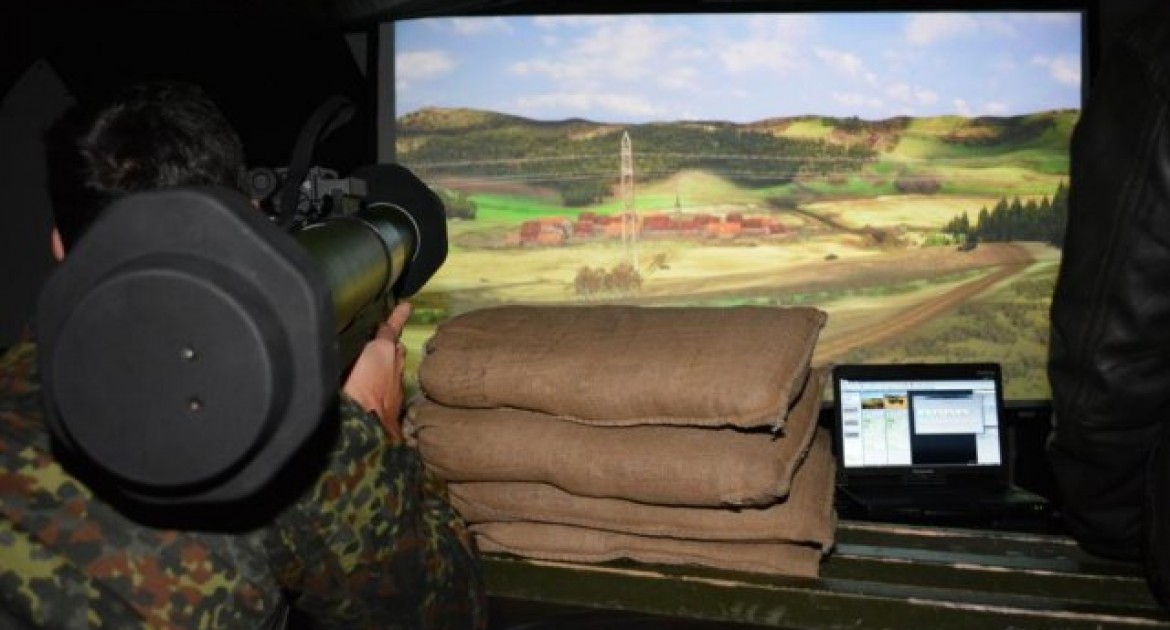 The Special Forces Command (KSK) of the German Federal Armed Forces has been the first customer world-wide to receive the mobile version of the small arms trainer « Sagittarius Evolution » from Thales. The training system is a further development of « AGSHP » which had already been introduced within the German Federal Armed Forces, Thales announced today, Jan. 18, 2016.

With « Wirkmittel 90 » , a wireless simulation input device is used for the first time in this shooting simulator. As a result, the Thales simulator is ready for use even before the weapons system is delivered to the troops and allows soldiers of the KSK to train realistically with this new handheld weapon.

The introduction of this simulation system as a training device does not only focus on the true-to-detail simulation of the operation of the fire control visor but also the simulation of the different ammunition types (ASM, explosives, illumination, fog) with the respective type-specific ignition modes and their mode of action on the target.

The mobile system is the smallest and most portable version of the latest Thales simulation platform for handheld weapons, Sagittarius Evolution. It offers the option of shooting and mission training for up to two trainees simultaneously. The mobile system is installed in hardened rolling containers and features a wireless trainer station on a notebook computer. Its design allows the system to be set up and made ready by two people within 15 minutes.

Wirkmittel 90 mm (RGW 90 LRMP) is a low weight weapon with a programmable warhead fuze, which is very effective against a variety of targets and has an effective range of 1,200 meters. The shoulder launched weapon is effectively used against soft targets, light armoured vehicles, field fortifications and targets behind cover. With its multifunctional warhead, the ease of use and low weight, Wirkmittel 90 mm fulfils all military-tactical requirements of infantry units for a truly multi-purpose tactical weapon. The reusable fire control sight Dynahawk supports the shooter to achieve a high first hit probability on distant targets. With the help of this sighting unit the gunner is able to measure the distance to the target and other relevant data in the visual field. The fire control unit offers the possibility of adaptation of additional night vision devices.

With the mobile system of Sagittarius Evolution Thales demonstrates its competence in the development and manufacture of modular and flexible system architectures. The Sagittarius Evolution product family supports both basic shooting training and tactical training, such as, « Judgemental training » for advanced trainees. The networking ability of all versions of the product family allows the training of the cooperation between different teams within complex missions. Examples are the training of « door gunners » during the monitoring of and support for road convoys or the interaction of a marine helicopter with « door gunners » and a speed boat. With the use of the latest graphical technology including intuitive operation of the training system and the highly reliable and low-maintenance simulation input devices, the trainer can fully concentrate on his training and achieving his training objectives. Thales further provides support with its known and highly proven customer-specific service concepts in order to ensure the highest possible system availability. Given the low setup and dismantling times, the system has many uses for the military and police.