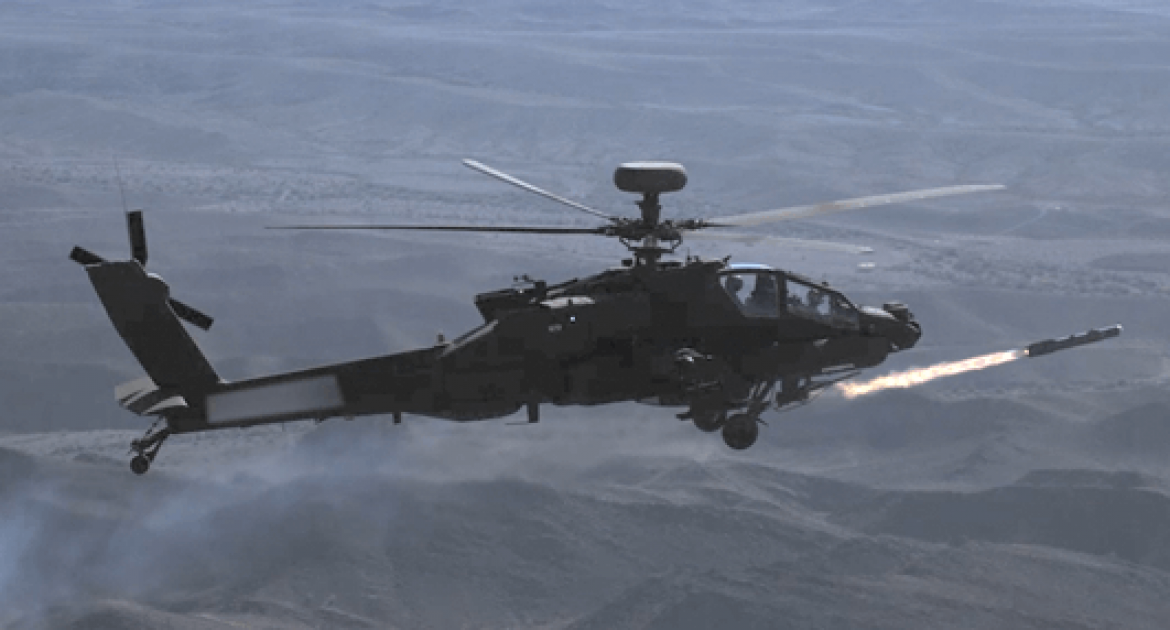 MBDA and Boeing have successfully completed a series of physical trials and firings of Brimstone on the AH-64E Apache attack helicopter to confirm the feasibility of integrating the missile with the United Kingdom’s future Apache AH-64E fleet. These trials validate a prior UK Ministry of Defence (UK MoD) study contract with MBDA and Boeing that confirmed integration was expected to be low risk.

The program was funded by a (UK MoD) contract, awarded to MBDA in September 2015. It included a range of environmental and sensor compatibility trials, as well as functional and avionic trials to demonstrate new platform software and functionality implemented into the platform and cockpit by Boeing.

Boeing performed the platform and cockpit software modifications and managed the trials program at Mesa and Yuma, Arizona, using a leased United States Government AH-64E in just nine months. All this activity culminated in a number of successful guided firings.

All of the firings utilized fully telemetered missiles instead of those with a warhead to confirm performance. The UK MoD’s trials objectives were met with missile telemetry being gathered, confirming that the weapons separated with active fin control off the rails, with no tip-off concerns. The data collected from these missile firings will be used to enable future optimization of Brimstone for the AH-64E capability.

Whilst using the current Brimstone capabilities, and with further enhancements planned, an impressive range of unique capabilities have already been demonstrated.

“The mmW autonomous shot from a moving and banking platform against an off-axis target with the missile hitting the MBT turret ring was the most aggressive shot I have seen in my 30 years of the Apache program,” said Dan Girardin, Boeing flight test engineer, Mesa, Arizona.

“UK MoD is working together with MBDA to develop the missile capability the British Army requires,” sadi Dai Morris, UK MoD’s complex weapons senior responsible officer in FMC-WECA. “Brimstone is part of a family of capabilities, which in addition to the needs of the warfighter, will be aimed at delivering wider benefits including pan-platform utility, stockpile resilience and better overall value for money for defense.”