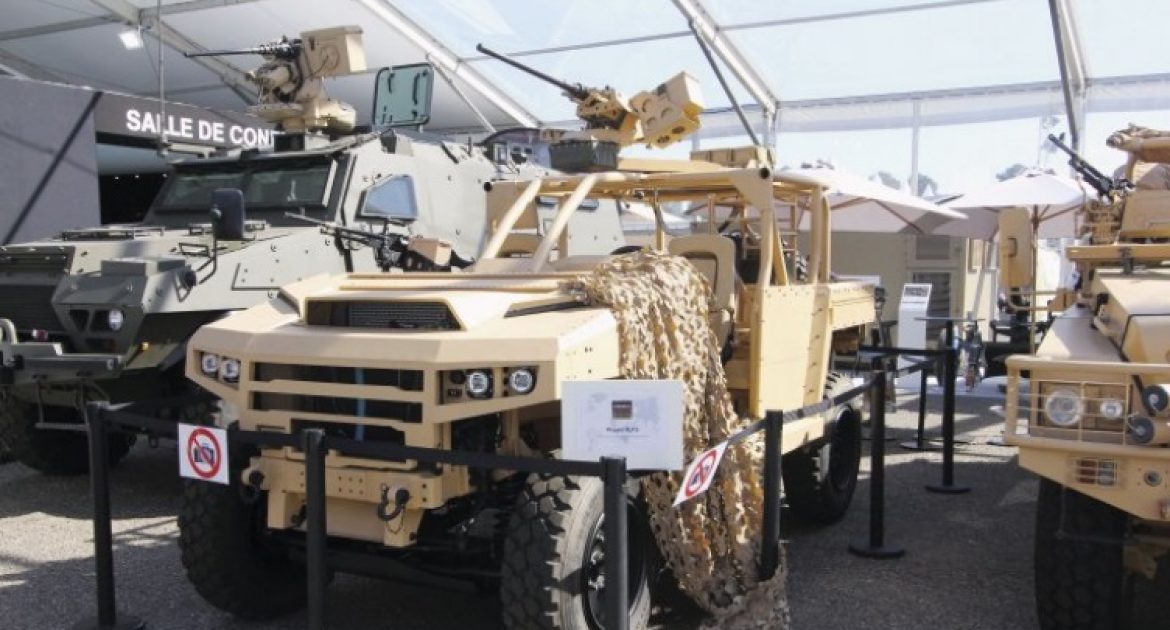 This instrumented prototype has been heavily committed to road and off-road testing since December 2016. RTD intends to assemble two more prototypes and four pre-production vehicles that will be handed to the French procurement agency Direction Générale de l’Armement (DGA) for qualification trials. RTD aims to complete the development of the VLFS by the end of this year.

The VLFS weighs 2.9 tonnes empty and has a maximum weight of 4 tonnes. The three-seat vehicle (plus a jumpseat) boasts a 900 kg payload with a 200 kg weight reserve for future evolutions. Its Mercedes gearbox is similar to the one installed in the retrofitted VBL Ultima, while the Sofim (Iveco) diesel engine delivers 200 hp.

RTD also indicates that the chassis is a brand-new concept using a tubular structure with an add-on body.

A C-130H-30 Hercules transport aircraft can accommodate three VLFSs and the vehicle can also be airdropped.