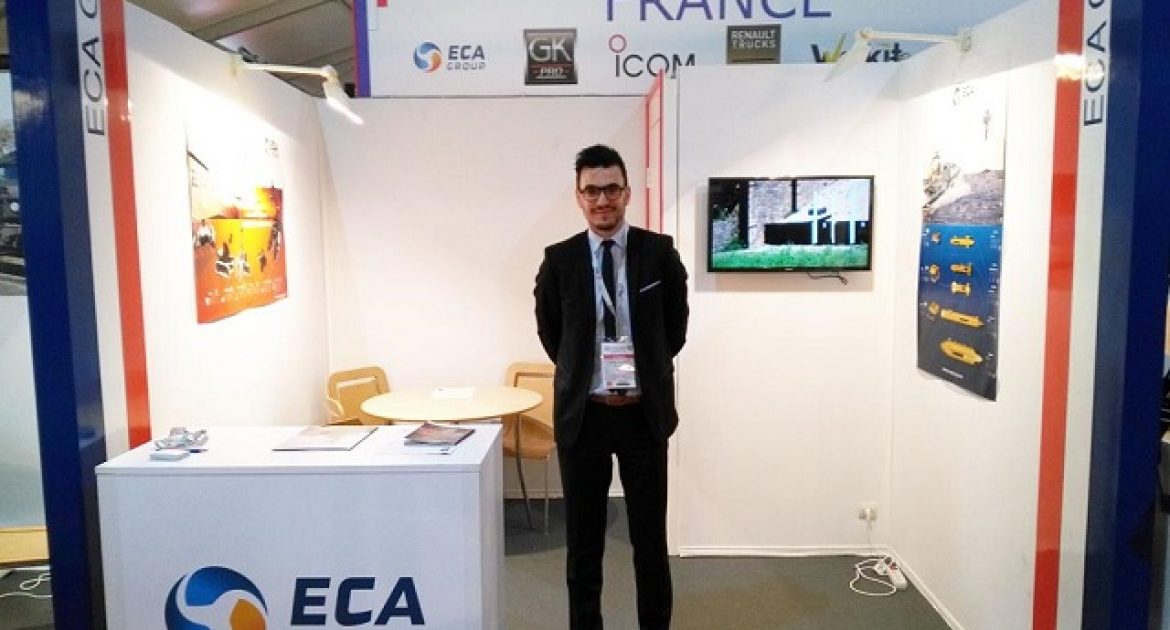 ECA Group showcased its range of unmanned robotic solutions for Land, Air and Sea during the Shield Africa exhibition held this week at the Abidjan Police Academy in Cote d’Ivoire.
ECA Group’s range of unmanned ground robots (UGV) enables to handle missions for both military and civilian applications, such as IEDD/EOD, demining and trap removal operations. It enables to clear missions even in the most confined areas, thanks to the different sizes of its range: from the small UGV COBRA MK2 E to bigger UGVs such as Cameleon E & Iguana E.

The UGV based solution MAMBA is a complete vehicle solution to achieve all IEDD/EOD operations. The vehicle contains the Cameleon E, the COBRA MK2 E and a set of EOD accessories for rapid deployment. The Operator Control Unit is integrated inside the vehicle for safe operation.

For Air surveillance missions, ECA Group designs and develops Unmanned Aerial Vehicles (UAVs). Specifically designed to carry intelligence, surveillance, target acquisition and recognition (ISTAR) missions, its range of IT180 UAVs can be used autonomously or using a tethered mode for permanent missions. This solution has numerous users, one of them being French Army.

Driving simulation solutions for Land forces will also be displayed, with ECA Group’s Military Vehicle Simulator, a full scale replica of an armored vehicle, enabling to recreate accurate missions’ environment. It is designed for both autonomous and collaborative trainings. This efficient training solution in already in use within a Middle East Army.