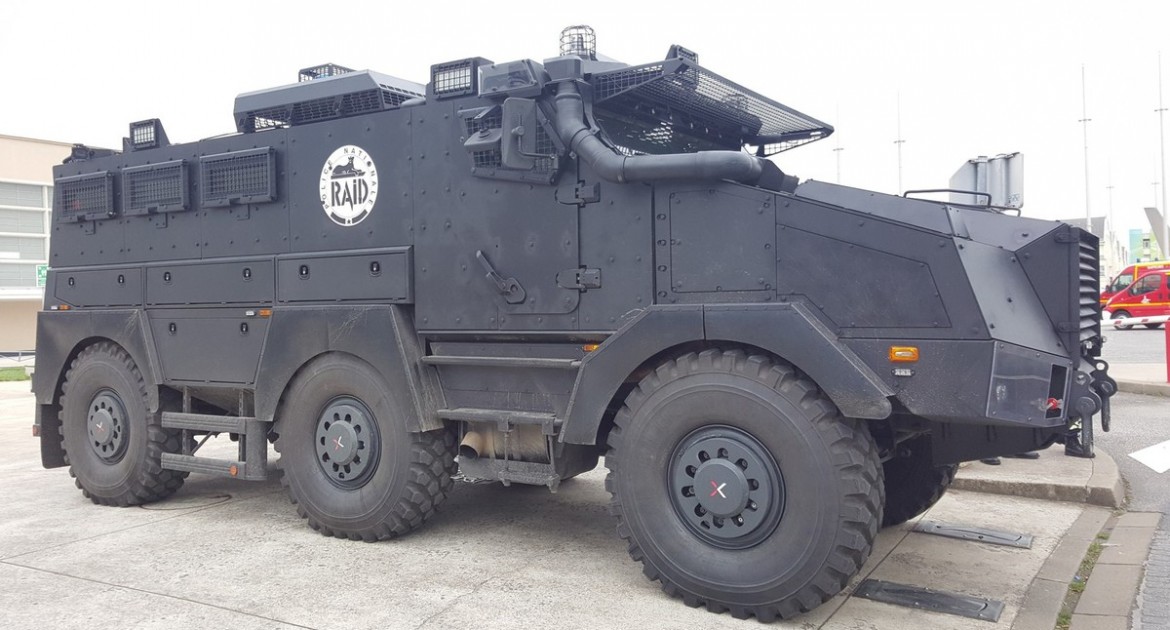 TATRA TRUCKS Inc. and NEXTER SYSTEMS have agreed to further strengthen their cooperation for the new state-of-the-art TITUS®, the multirole armoured vehicle based on a modified 6×6 TATRA TRUCKS chassis.

Under their agreement, signed at the recent IDEX exhibition in Abu Dhabi, TATRA TRUCKS will be responsible as prime contractor for the preparation of the bids and the integration of the TITUS® vehicles earmarked for the Czech and Slovak armed forces, with the support of NEXTER SYSTEMS, acting as design authority.

Through its unrivaled level of modularity based on combat missions kits, operational environment kits and a wide family of variants, TITUS® (Tactical Infantry Transport and Utility System) is able to fulfill the full range of missions from infantry transport to combat missions, combat support and combat service support functions, in any kind of type of commitments likely to occur in a full spectrum of conflicts, including hybrid and counterinsurgency environments.

TITUS® offers an exceptional mobility through its TATRA 6×6 chassis coupled with a 500Hp engine. Three axles chassis with first and third axle steered, combined with air suspension, offers to this vehicle speed even in hard terrain and excellent comfort for the crew.

TITUS® is built on a unique chassis produced by TATRA TRUCKS Inc. based in Koprivnice, Czech Republic. The chassis consists of central backbone tube and independently suspended swinging half-axles.

TITUS® carries three crew members (commander, gunner, driver) and ten-man squad. Optionally, the crew can be reduced down to two operators to accommodate a 12-man squad in the rear compartment.

The vehicle can be equipped with a wide range of Remote Control Weapon Stations and weapon systems varying from 7.62mm to 20mm as well as with 40mm grenade launchers. It is fully integrated within the C4I network.

TITUS® is equipped with top-class ballistic protection, which is modular and can reach ballistic level 2-4 according to STANAG 4569.

Mine resistance capability is classified as level up to 4a-4b. The vehicle can withstand IED blasts of up to 150 kgs. Combined with state-of-the-art active and passive crew protection systems, TITUS® is an armoured vehicle of choice for the demanding scenarios of the 21st century.

There is a number of versions of the vehicle available, ranging from a classic IFV through a mobile command post, armoured ambulance to communications, maintenance and evacuation vehicles.

For police purposes, there is a number of modules that can be used to quickly prepare a vehicle to fulfill specific roles, such as the SWAT module, the WCT module (Water Cannon Tank) or the riot control module.