One of GICAT’s missions is to promote the know-how and image of the land defence and security industry. To do so, the group deploys an influential communication strategy and provides services to its members to optimize and develop their visibility.

Produced daily by GICAT’s team, the press review allows to synthesize and to be aware of the Defence and Security news of the last 24 hours. As a communication tool for its members, it allows to highlight some of their actions. Responsive design, it can also be consulted on cell phones and tablets.

This press review is only accessible to GICAT members and partners. 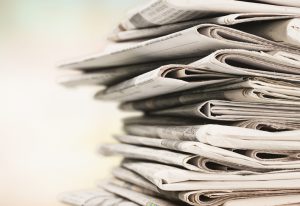 GICAT provides its members with technical assistance as well as its network so that they can optimize their communication. The communication supports used by the group, printed (brochures, etc.) or digital (website, mobile application, etc.), are tools to increase the visibility and the notoriety of its members. 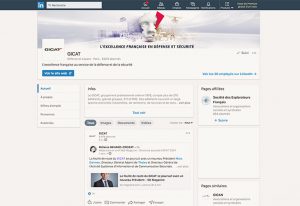 Every two years, before the Eurosatory exhibition, GICAT organizes two press trips bringing together French and foreign journalists to meet operational and industrial members of GICAT working in land defence and security.

These press trips are an opportunity to get feedback from operational staff, to announce new products presented at Eurosatory and to promote institutional and industrial know-how on the international scene. 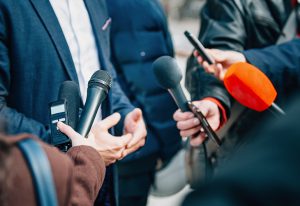 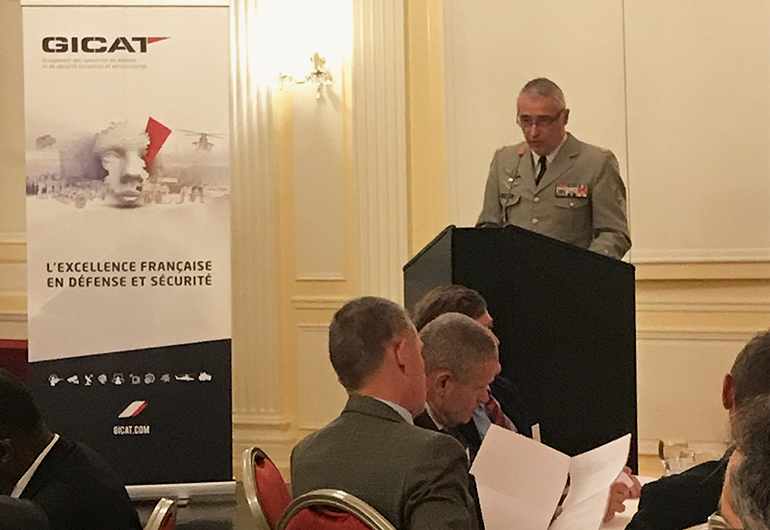 A place for meeting, reflection and exchange on land defence issues between national elected officials, military leaders, political and industrial decision-makers, and opinion leaders, it aims to promote the sharing of experiences and the emergence of ideas on the land commitments of today and tomorrow. At a time when it is essential to optimize the budgetary resources that France devotes to its armies, the Cercle wishes to participate in the dynamism of Defence thinking. The Cercle’s evenings address the operational and industrial themes of the sector through testimonies from operational personnel, experts and great witnesses.

These dinners are an opportunity to debate and exchange freely with our elected officials (parliamentarians, mayors, etc.) and opinion leaders (journalists, researchers, etc.). 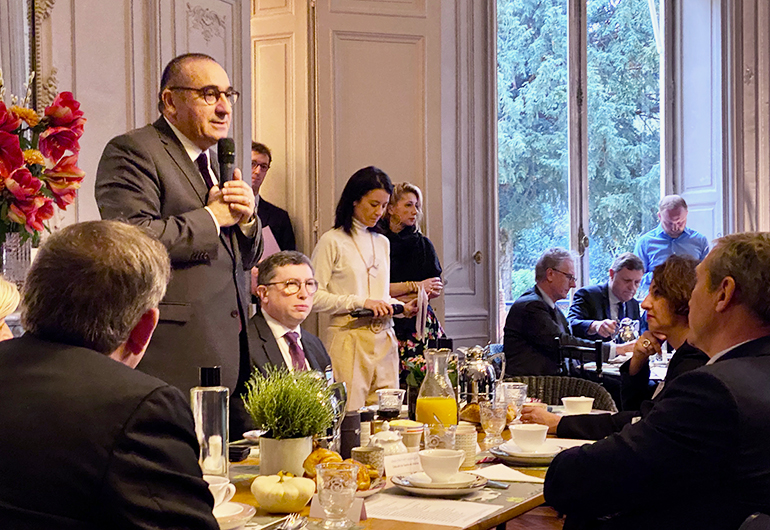 The Cercle SecuriTerre meetings are designed to promote exchanges between security actors; industrialists, institutions, parliamentarians and private operators. The Cercle SecuriTerre’s lunches are a privileged and restricted setting for free debate on current and prospective issues.

For 3 years now, the debates have focused on topics such as the security of major international events (September 2015), the export strategy for French cybersecurity (March 2015), the national and international challenges of civil security (April 2014) or the place of technologies in the missions of the prison administration (October 2013).

As a force for proposals and defender of the interests of the land sector, GICAT produces, in partnership with research institutes, notes to fuel strategic thinking on budgetary, capability, political, innovation and security issues.